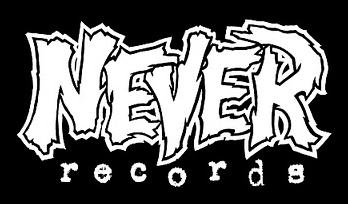 Part of No Longer Empty's Never Can Say Goodbye

With special thanks to Dan Cameron who has encouraged and nurtured Never Records from the start.

The first Never Records store opened as part of a No Longer Empty multimedia art occupation of the former Tower Records store in Manhattan.  Before the internet transformed not just the delivery of music, but the way we discover albums and decipher their lingo and rate their worthiness, Tower Records was there to supply an infinitely diverse demand with a legendary supply.

Curated coolness on a massive scale couldn’t survive as a business model, but Ted Riederer refused to believe that the spirit of record stores--whether they were chains like Tower or independents like Yesterday and Today--was bankrupt and in need of liquidation in the digital age.  With or without a ringing cash register, we still crave the opportunity to share the unknown and unexpected groove.  Never Records exists as an idea and philosophy, but also as a physical location that facilitates face to face encounters.  It is open (albeit with irregular hours) to anyone with a teenager’s eager heart starved for new sound.

Ted was given the chance to build a record store on the other side of the Looking Glass. The result was a loving parody of the marketing-as-decoration aspect of late-era CD shops, live performances, and Vanilla Ice impersonators.  The familiar Never Records bins first debuted, along with the switcheroo album cover advertisements and Jason Farrell’s logo. 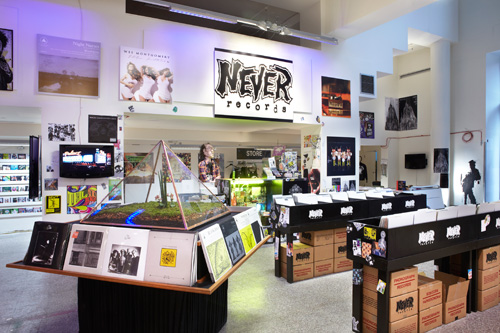