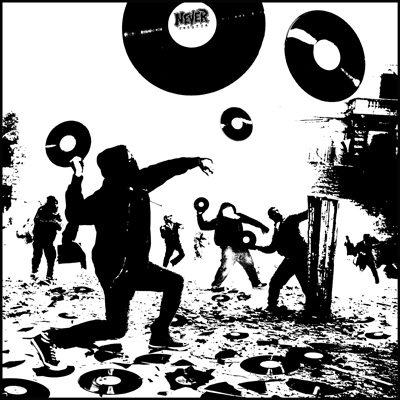 Presented by Illuminate Productions, Better Bankside, and The Tate Modern

Never Records London set up shop on Southwark Street in the Bankside neighborhood, just blocks from the southern end of the London Bridge.  Being in one of the most dense and legendary metropolises of the world meant there was no end to super-diverse musicians with a high talent level.  The recording area and mock shop were segregated once again, but now the accumulation of memorabilia really began to stand out: posters, photos, and stickers, along with the Arturo Vega’s LIE, KILL, CHEAT, STEAL art gave the shop a truly lived-in feel from the start, and citizens took to it from the start.

Check out the following videos by the nicest man in London Tommo.......