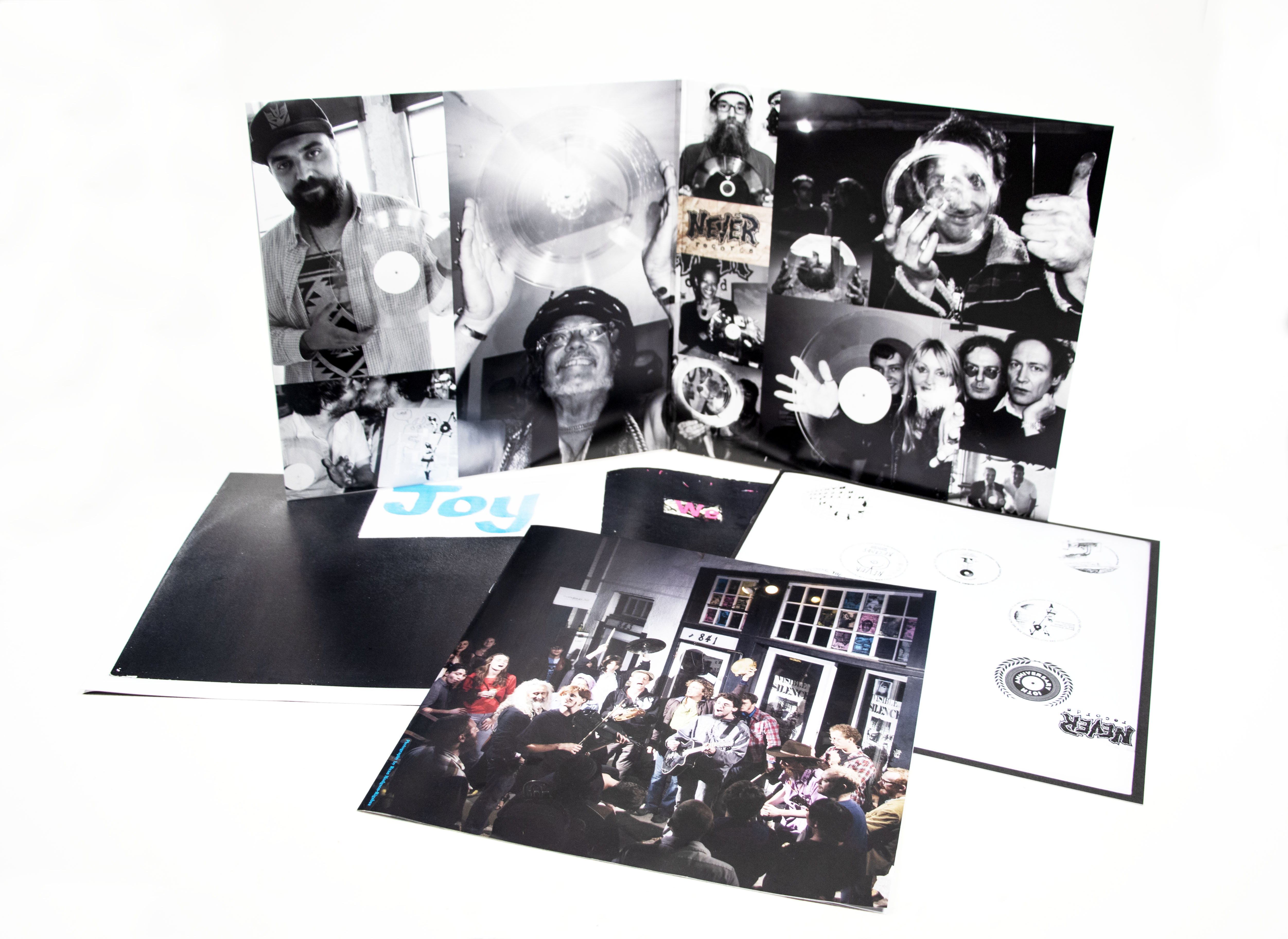 10 Years of Never Records is a limited edition album featuring text and images from a decade of Never Records. With essays by Ted Riederer, Dan Cameron, Hamed Masri and Saeed Abu-Jabar with photographs by Riederer, Jason Wyche, and Ryan Hodgson-Rigsbee. The double album comes with 3 booklets and is stamped with an edition number in silver foil. Only 500 copies have been produced. This album was designed by Jeff Streeper at Modern Identity. Copies will be signed.

Never Records is an artwork, that emphasizes community, listening as a sociopolitical act, transcendental science, visualization of sound, and what Alan Lomax described as “fomenting cultural ecstasy.” It is heavily influenced by Fluxus, Kaprow’s Happenings, Bourriaud, Harry Smith, and the collectivism of 80s and 90s DC punk scene. "Since 2010, I have traveled the world  cutting vinyl records for free as a social gift. With each session, I teach participants the transcendental science of record cutting, along with a physical demonstration of the visualization of sound waves. From New York to Lisbon, Derry, London, Liverpool, Amman, New Orleans, Kansas City, and Brooklyn, I have been teaching the art of listening through the visualization of sound."