The Citadel At Sunset photos by Jason Wyche

I’ve been in this liminal state before, trapped between places, a fever dream of packing gear, goodbyes, plane flights, waking up out of phase. The sense memory of the adventure fades fast. I rush to take stock of: the feel of the sun on my skin from another hemisphere, the 200 trash strewn steps up to my apartment from King Hussein St., the glow at sunrise behind the Citadel, the tastes of a table covered with delicacies. The elsewhere routine of another life filled with new faces and new ideas recedes as I resume my New York life already in progress.

Just as the last light slips below the horizon of my memory, I remember that I still have the songs. I reach for a record entitled The Citadel at Sunset, and put it on the turntable in my studio. Suddenly I am transported to a hill in the center of the old city of Amman at dusk, 7:07pm to be exact, the time of the evening call to prayer. 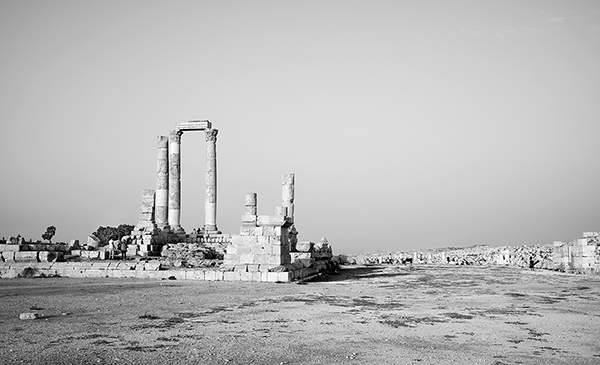 Jason, Saeed, and I are standing beneath the Roman columns overlooking the seven hills that surround us. Countless neighborhoods with sandstone colored houses are carved into the hills like steps. Murmurations of dozens of flocks of domesticated pigeons are exercising in the temperate evening air. There is a slight breeze, enough to tickle the diaphragms of the microphones recording the moment.

Then in a slow swell, the call to prayer begins. It’s only one or two mosques to start with. The minarets of the mosques in Amman are accented with green neon. We count 18...no 23...no there are too many to count. The call to prayer grows in volume, delayed and out of synch, the echoes bounce in an infinite number of directions, and we are swept up in the moment, swept up in a thousand prayers. At the citadel, we are in the eye of this hurricane of sound. Listening to this recording 5,000 miles away, I am there. We are all there together, my friends, the city, anyone who hears this in the future. 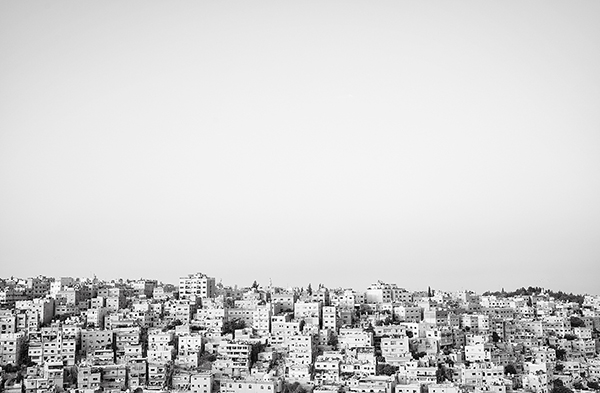 There is a phrase in developmental psychology called the Mozart Effect. According to its proponents, listening to Mozart increases a child’s temporal-spatial development, that is, the ability to place objects in space and time.

I believe that recorded sound and music goes even farther, that beyond placing objects in space and time, the listener is transported in a form of time travel, dimensional travel(call it what you will).

Amman is at a crossroads in the midst of war. The cultural capitals of the region, Bagdad, Damascus, and Cairo, will never be what they once were. There are hundreds of thousands of refugees in camps along the borders of Iraq and Syria. With the influx of new cultures, new stories, new songs, can Amman be a new cultural capital of the Middle East?

Through Never Records we can travel to the heart of a country that is singing out in the heart of this turmoil. There are poems, love songs, prayers, rock and roll and hip-hop played on the duduk, the oud, electric guitar, violin and voice. If we listen we can hear the beauty of it all, we can be there at this fragile time in this fragile space. 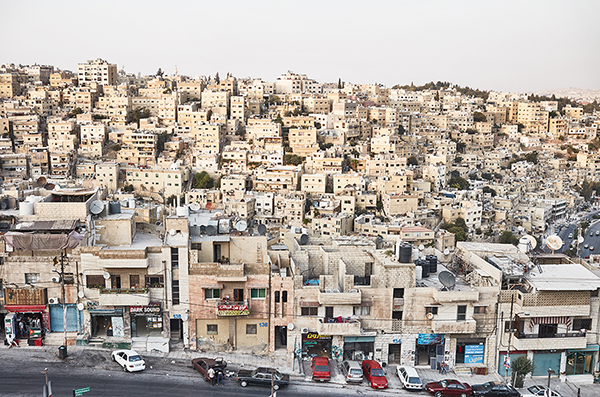 When rendering complex and nuanced storylines, the end is a good place to start. Endings are the triumph of mood over plotline, weaving texture into a narrative, and allowing emotion to permeate its porous membrane. Texture wins, especially when you’re talking vinyl, so what better place to start than at the very end?

I got the call from Saeed at around 7pm, it was the last day of Never Records Amman, and the sky was dimly lit by a parting sun, and the weather had already begun turning. “Ted’s about to start packing gear,” he told me. I went over to Turbo, quicker than usual, wanting to prove useful during the final moments of our project. Despite my better intentions, Khotta made my job redundant, packing more yards of wire and mics than I have ever seen. He was the only full time musician amongst the four of us, and it showed.

Despite his apparent exhaustion, Ted’s clockwork intensity morphed into something more somber, as though the curtain was falling down on the Amman chapter of his journey, and I felt that that was the last time he’d visit our city, if only for the sheer number of places on his map that remain uncharted. Thoughts of a long, lonely, uncomfortable flight that starts and ends with the inanity of Customs bureaucracy on either end of the Atlantic surely didn’t help. Up until that point, there was an unspoken synchronicity between the motley crew of individuals who were helping build the momentum of this thing. But now as the fat lady sits front and center, individual thought outside the collective had begun to appear in the ether. For the crew that flew in, thoughts began to shift Westward towards life after Never: significant others, upcoming galleries in shabby chic neighborhoods, reliable plumbing, the Trump apocalypse, etc. Meanwhile, the Jordanian crew thought about our very local tomorrow, and it was clear that goodbyes were nigh.

After everyone left, and the pop-up furniture with them, Saeed, Ted and I stood in a cavernous Turbo, with nothing but the sound of industrial humming coming from the factory-purposed fan we had purchased on the first day of the project. We sat around a portable speaker hooked up to Ted’s laptop, and listened to the harvest of the past three weeks. The retired Egyptian violist, the Sudanese tribal singers, the Syrian Oud player, the Armenian duduk composer, the Jordanian hip hop crew, the Palestinian poets, Stu’s folk composition, and of course, a track by Conor O’Kane. We hadn’t even closed down the installation before we started reminiscing, and a mild melancholia was soon lifted as we dialed Stu, who at that point had returned to civilian life in the UK.

We all had different hopes of what Never Records Amman would accomplish in the months leading up to the installation. But what I learned was that there was much more to experience than to accomplish. The diversity of backgrounds that walked through those doors at Turbo was nothing more than a manifestation of what a cultural cross section of Amman looked like during those three weeks. A filigree of souls wayfaring about their respective journeys that had gathered around a proverbial halfway house, sharing stories of adventure and wonder and displacement and triumph and anxiety and hope, if only for that finite period of time in the history of our venerable and timeworn city. While we waited for the project to render a coherent picture of what Amman is in the here and now, Never Records was holding up a giant mirror for all of us to see what we, its inhabitants, were all about: our strengths and shortcomings and opportunities and misgivings and habits.