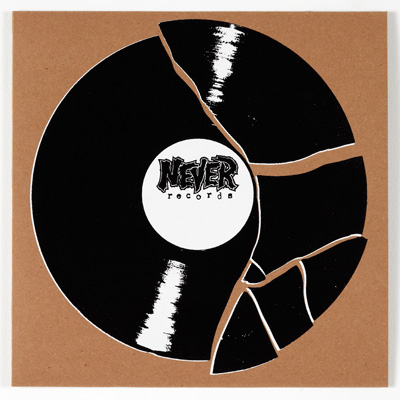 Against the hammering background noise of an election, Never Records entered its first true partnership with a gallery space, the Context Gallery in Derry, and became an exercise in anti-alienation.  The faux record store was built around the entryway of the gallery, complete with a checkout counter and “staff.”  A beaded curtain, that kitschy counterculture version of an “Employees Only” sign ubiquitous in the record and head shops of yesteryear, separated the installation from the bright gallery that had been emptied of everything but a low stage and the recording equipment.  The only art was audible.

The Irish don’t have a patent on maintaining charm and boisterous behaviour despite times of turmoil and division, but they’ve practiced the art for so long that it almost seems that way.  Never Records didn’t become a place to escape the political hype, but a place where one person’s measures and beats could directly influence another’s, where you could be loud but not aggressive, soft but not meek, tired of it all but ready for more.  Jason Wyche has captured the Derry experience in the film.

Check out the film on Never Records Derry by Jason Wyche: You Are Not Listening 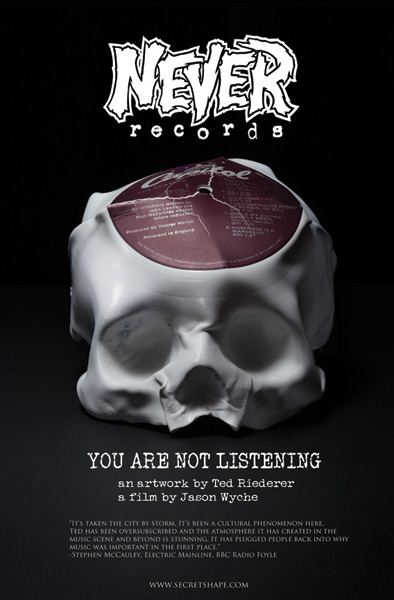